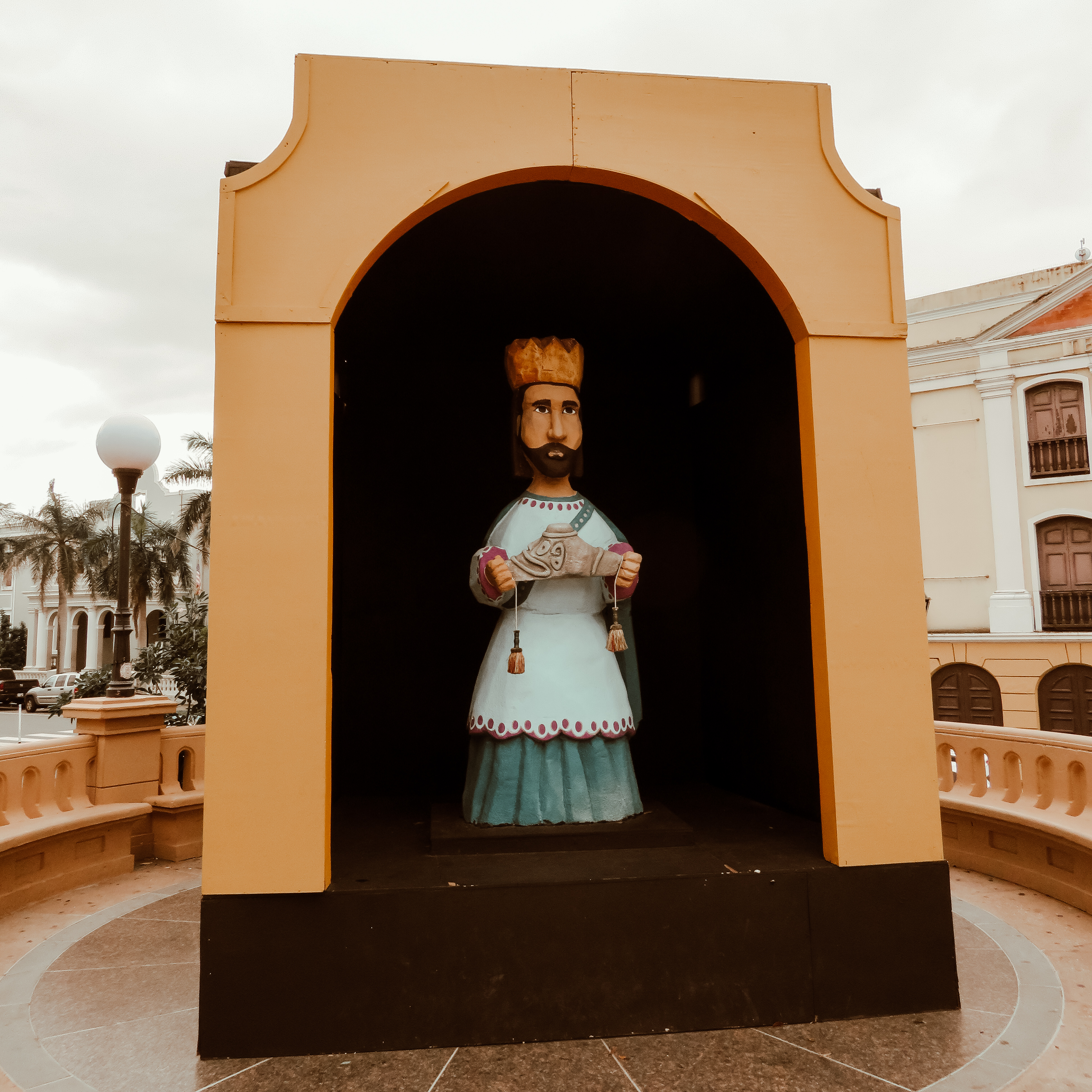 While most countries end holiday festivities after the new year, Puerto Rico keeps on celebrating! Three Kings Day is celebrated in several countries around the world from December 25th to January 6th. I had never heard of this holiday until I visited Puerto Rico in early January, and I really enjoyed it!

What is Three King’s Day?

Three Kings Day celebrates the three kings (also known as wise men) visited baby Jesus (1). If you have heard of the “12 days of Christmas”, this meeting is what the 12 days refers to. Three Kings Day, January 6th, is 12 days after the birth of Jesus is celebrated. This holiday is also known as Epiphany, or in Spanish, Dia De Los Tres Reyes (Day of The Three Kings).

How Is Three King’s Day Celebrated?

There are a couple unique traditions for this holiday: kings cake and “grass” shoeboxes.

Like many holidays, food is an important part of Three Kings Day. Kings cake is now typically associated with Marti Gras in New Orleans, but it wasn’t always that way. The cake can come in many shapes and sizes, but it is typically circular with a hole in the middle, much like a donut. Various small objects have historically been baked into the cake, but today you will typically find a plastic baby inside as a reminder of the cake’s origin (2).

You are likely familiar with leaving a plate of cookies for Santa, but have you heard of leaving a shoebox of grass for Three Kings Day? These two traditions are very similar. The night before Three Kings Day, children fill shoeboxes with grass or hay and leave them under their beds. As the story goes, the three kings ride their camels around town leaving gifts for the kids. Camels eat the grass, and the presents are left in its place (3).

I am a teacher and travel enthusiast! I grew up traveling with my family, and I want to encourage other families to do the same! Through my posts and products I hope to make it easy for families to travel together!